Defending Against Nature, Nukes and Supernatural 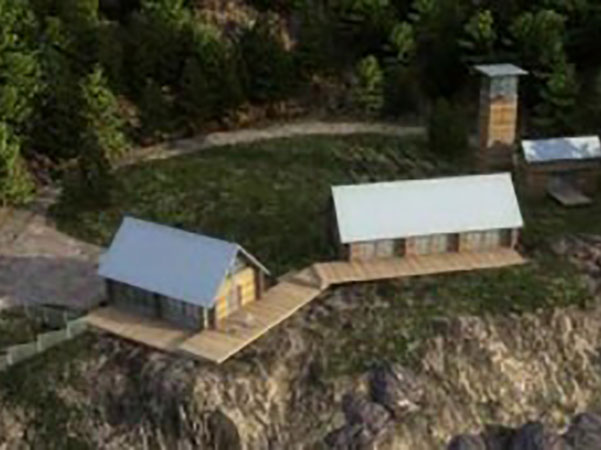 One industry leader with a global reputation says it can address most, if not all, of these concerns and has been doing so for years.

Brian Camden has been in the construction business for over 40 years and has spent the past 21 years creating solutions to the headline dominating disasters so many are concerned about.

His company, Hardened Structures, is the only one-stop-shop for the survival needs of people concerned about surviving the aftermath of a disaster.

From survival food and water, to firearms, to alarms, to bunkers, and even to nuclear fallout shelters, Camden’s engineers have thought about every possible scenario and provided the consumer with an affordable solution.

“We have the top engineers working for us, the best EMP engineers in the nation,” Camden told WND.

“Our focus is on balanced survivability, and our engineers don’t leave any client with an Achilles heal,” he said.

He told WND that his most popular item for those choosing survival over chaos is a six-person, fortified bunker, typically buried in a homeowners’ back yard.

The bunkers run about $40,000 and can make the difference in surviving or not after disaster strikes. The units can be equipped with air filtration, running water, oxygen regeneration and more.

Although the needs and concerns of people are as varied as the population, Camden says his company can offer anyone a solution.

“Our engineers assess each clients concerns and customize bunkers to accommodate them,” Camden said.

“These facilities are designed for sustainability with independent sources of power and water and incorporate numerous defensive and offensive capabilities. They can serve as a primary dwelling, vacation home, corporate retreat, long term shelter or expanded multi-function compound.”

In other words, whatever the disaster, Hardened Structures, is capable of preparing its customers for it.

A 2011 CNN report featured Camden’s company in a segment titled “Business is Booming in Bomb Shelters.”